The first Panda update in April has been followed up by several more updates during the last couple of months.

Are these really updates with further changes to the Google ranking algorithm, or are they perhaps more of the same?

We looked at what had changed after the first Panda update (https://www.sayu.co.uk/how_have_the_recent_google_panda_and_penguin_updates_affected_rankings.html) and as mentioned by many, one of the factors we found to have affected rankings is the use of the same anchor text in a large percentage of backlinks.

Having checked positions of the same sites on the same keywords, we have seen the effect has become even more significant. This is mainly due to the fact that more sites have been affected. The sites already affected haven't seen a further drop in position. 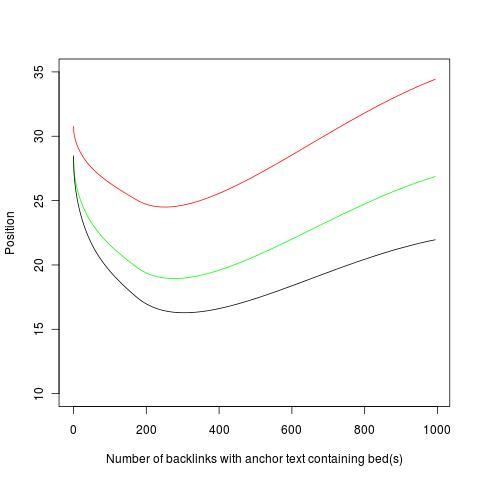 We also looked at the effect of anchor texts equal to stemmed versions of the keywords. We found that backlinks with these type of anchor texts had become less effective. Looking at June data we found this again, and the statistical evidence is even stronger. The sites that were effected in April haven't seen any further drop in traffic, but more sites have been affected in June. In April 22% of sites were affected, which increased to 43% in June. So rather than any further changes to google's algorithm, it appears that more sites have been affected by the change, and the Panda updates do seem to be just more of the same.

Many sites have been affected by the panda updates seeing a drop in their position, either soon after the first “update” or at a later date. Among the pages we looked at, 40% have seen a drop in the position of 10 places or more when comparing 15th June with 19th April.

Some sites (Next, Oakfurnitureland, TJHughes and Littlewoods) were not in the top 100 for the keywords in April, but have moved into the top 100 in June. So while sites heavily relying on backlinks to get a good ranking have suffered, sites that have a strong brand name and probably have built up backlinks naturally, have benefited, having moved up due to other sites dropping. 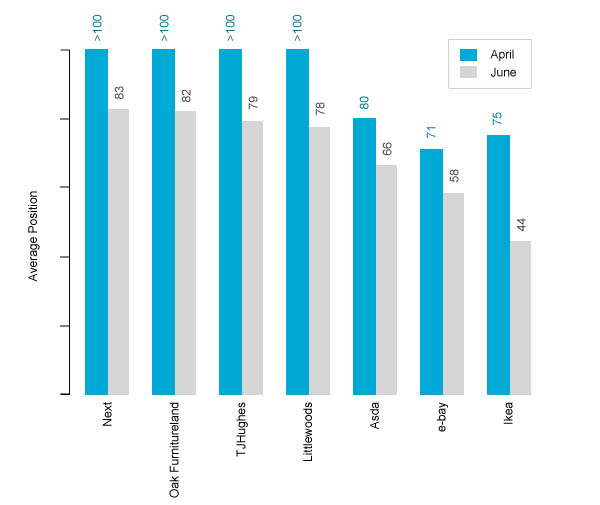